Young children should not have best friends because it could leave others feeling ostracised and hurt, the headmaster of a leading prep school has said. 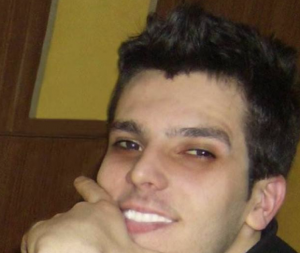 Instead they should be encouraged to have “lots of good friends” to avoid overly possessive relationships and upsetting fall-outs.
Some parents of pupils at Thomas's private day school in Battersea, South-West London, have been told that their children cannot have best friends, The Telegraph understands.
Ben Thomas, the school’s headmaster, said there was no official policy to that effect but he supported the idea.
He said: “There is sound judgment behind it. You can get very possessive friendships, and it is much easier if they share friendships and have a wide range of good friends rather than obsessing too much about who their best friend is.
“I would certainly endorse a policy which says we should have lots of good friends, not a best friend.
Related Articles
•    Tutoring for two-year-olds? That’s really pushing it... 30 Apr 2013
•    It's not parents' fault that preschool children get tutors 01 May 2013
•    Teachers 'happiest workers in Britain' 29 Apr 2013
•    Australian school bans hugging 02 Nov 2012
•    Schools 'wasting science lab budget on photocopying' 02 May 2013
•    Ofsted: teach about pornography in sex education lessons 01 May 2013
“I would be happy to make it school policy, although it would need to be age-appropriate.
“By the time they are 11, 12 or 13 they are making up their own minds. But when they are aged between four and ten, it would be helpful for parents, teachers and children.”
Mr Thomas said young girls in particular were prone to forming close-knit friendship “triangles” that often ended with one member of the group feeling excluded and upset.
He added: “I think children would be more balanced in their friendships if they all grew up knowing they all need to be friends with each other.
“These obsessive friendships can be very hurtful for those who are left out of them, and ostracising is as painful as physical bullying.
“These very obsessive friendships do need intervention and careful management by adults.”
Thomas’s school, which charges up to £16,245 a year, includes Florence Welch, the lead singer of the indie group Florence and the Machine, among its former pupils.
Parents and nannies collecting pupils from the school on Wednesday were divided on the idea of discouraging children from having best friends, with some describing it as "ridiculous" while others welcomed it.
"You have to have best friends, it is all part of learning the ways of life," said one, who declined to be named.
"I left school years ago but some of my best friends today are ones I made when I was quite young. That is just silly, not having best friends."
But another parent, who did not want to give her name, said: "I think it is sensible, particularly in London where there is so much movement. We have all seen the disappointment when a 'best friend' leaves. It is much better if they have a good range of friends."
Earlier this week Mr Thomas criticised private tutoring, saying it was a “hideous concept” that is swallowing up children’s free time and could undermine their learning in the classroom.
Chris McGovern, a former headmaster who is now chairman of the Campaign for Real Education, said banning youngsters from having best friends was a “ridiculous” idea.
“Children should be free to choose their friends. It is absurd - schools shouldn’t be interfering at that level," he said.
David Webster, an educational psychologist in Lancashire, said it was an “interesting theory” but he was not aware of any evidence about whether or not it would have a positive effect.
He said: “I would have thought it is going to depend a lot on the individual child. Some children are comfortable with a lot of friends, others would find it difficult to cope with a very large group of friends.
“I would be reluctant to generalise. I think children are usually pretty good at choosing their own friends, and I would be very reluctant to stop them if they are forming a close friendship with another child.
“You are not always going to get on with people. Even very best friends do fall out - children do have to learn that that is not the end of the world.”
The Telegraph
Emoji ile tepki ver!
Bu Haberi Paylaş :
&nbspFacebook   &nbspTwitter   &nbspWhatsapp